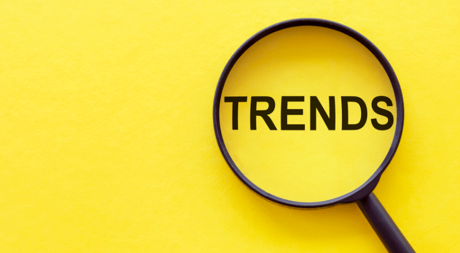 Now that half of 2021 is over, it is fair to say that specific trends have developed; and it's important that we learn from them.

The real estate market is one of the many hot topics discussed these days as we find ourselves looking in the rear-view mirror on COVID-19. And everyone seems to have an opinion about it. With many of us witnessing the housing crash in 2008, it's hard for people not to think that we are in a housing bubble right now and that a crash is looming. It is important to know that similar to stocks and other investments, the real estate market has its peaks and valleys.  With the ever-increasing home prices, it is fair to say 2021 is a peak year for real estate.  To know what is coming next, it is important to understand trends that are forming around us.

Active Inventory has increased by 8% in the past 2 weeks 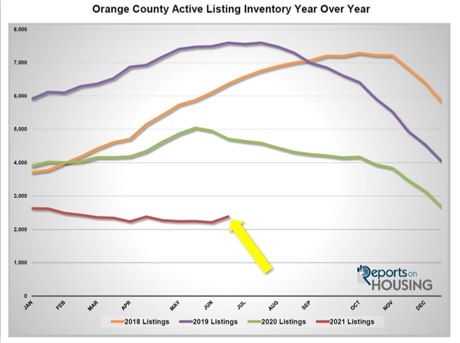 Of course, those 2,388 homes are just half of what was on the market at this time last year; but it is the largest rise in active inventory in 2021 and its highest level since February. Traditionally, the summer months are slower because of families being active with vacations and outdoor activities. The "re-opening" of California seems to have enhanced this excitement to get out of the house and go places, see things and do things. Sellers are more comfortable putting their homes on the market and allowing people to tour through them. All the homeowners who have been sitting on the sidelines since March 2020 are finally starting to list their homes.

Demand has decreased by 5% in the past 2 weeks 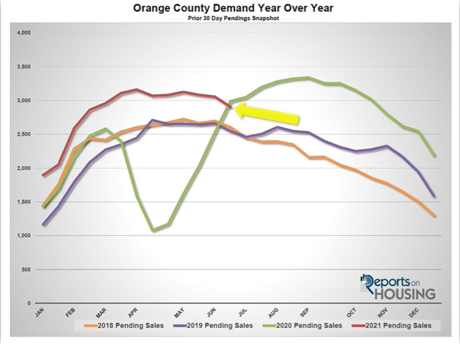 Demand dropped by 151 pending sales in the past two weeks, moving from 3,057 to 2,906; bringing demand to its lowest level since February. Again, summer is traditionally when demand starts to drop. Add the state re-opening and buyers are going to have more on their minds that just buying a home. As summer continues, buyers should find themselves in a better position than back in March or April. For example, there might be only 8 offers on a property instead of 15 or 20.

With an increase in the supply and a drop in demand, the Expected Market Time, the number of days to sell all Orange County listings at the current buying pace, increased from 22 to 25 days in the past couple of weeks, its highest level since February, but still an extremely Hot Seller’s Market (less than 60 days). It was at 47 days last year and rapidly getting hotter as 2020’s delayed Spring Market had begun.

What about the distressed market? Everyone asks about short sales and foreclosures.

{Thanks to Reports on Housing for this invaluable information.}